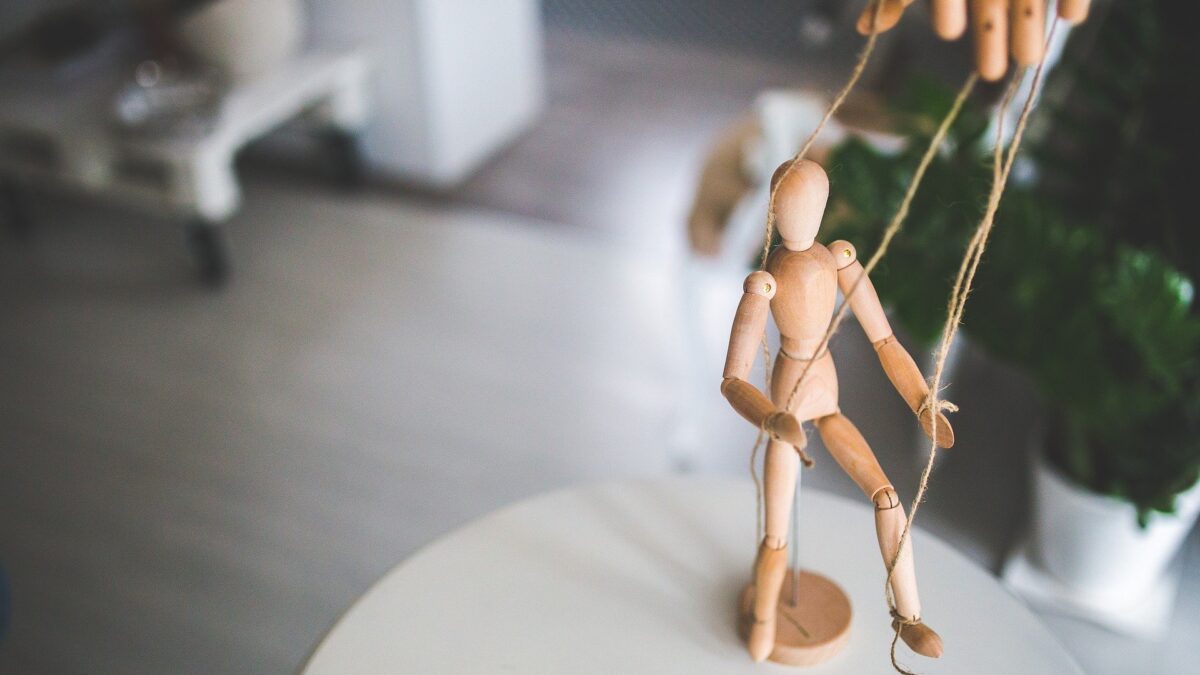 Emotional and psychological abuse are very damaging forms of abuse. Even if you are a highly observant person, emotional and psychological abuse can be very hard to pinpoint. It normally build slowly, overtime. It’s so gradual that victims often don’t understand what is happening for months, years, and even decades. It often comes across in ways that are not obvious and may seem coincidental or even accidental. This form of abuse is usually hidden from everyone, including the victim herself. Most times, the victim only has a vague sense that something is wrong, though they are unsure of what.

Psychological abuse doesn’t usually come across as outwardly controlling behaviors such as raging, belittling, threatening, and shaming. Instead, it’s often much more subtle and insidious. Like a master puppeteer manipulating strings, narcissistic abusers take great pleasure in using endless mind games to control their victims and to provoke a desired outcome or response.

12 Tactics of Emotional and Psychological Abuse

While not an exhaustive list, below are 12 hidden tactics of emotional and psychological abuse. An abusive person uses these tactics in order to gain power and control, and to keep their victim off balance and questioning their reality. This is often passive-aggressive or covert in nature. (Many of these tactics could fall under the definition of gaslighting).

They will tell you an outright lie with a straight face. Why are they so blatantly lying? Because they’re setting up a precedent. Once they tell you a blatant lie, you’re not sure if anything they say is true.

Even if you have proof that they lied, they will deny it. All evidence will be turned around and they will blame you. The more they deny things they have said or done, the more you question your reality. The goal is to keep you unsteady.

2. They Use Money (or Lack) As a Means of Control

They are either irresponsible with money or super controlling and use money to manipulate or control you.

They will put all the financial pressure of paying the bills and keeping the house on you. Money will seem to disappear, especially at times when a major repair is needed, emergency, or holiday comes up. The bank will be empty or your balance doesn’t add up, leaving you wondering how that could be.

Without your knowledge, they may even take out credit cards in your name, run up a large bill, and ruin your credit. When an opportunity comes up, they will tell others that you ruined their credit and are irresponsible with money.

Many abusers thrive on being the center of attention and don’t like to share the spotlight. Holidays, birthdays, graduations, the birth of a baby, and any other special occasion are always sabotaged in various ways.

You might find that they talk these occasions up with big dreams and idyllic hopes, only to ruin them through various forms of passive aggressive behavior and concealed sabotage to undermine your peace and happiness.

They pretend that they don’t understand something you are saying or trying to communicate to them. The common phrases they will say over and over are:

This keeps you busy trying to express over and over what you mean until eventually you are exasperated. Then they appear calm, cool and collected and pretend to not understand why you are now so upset.

This is on purpose. They want to fluster, exasperate, and exhaust you in the hopes of stoking anger in you or causing you to shut down.

5. They Minimize, Deny and Blame-Shift

The main purpose of this tactic is to avoid being accountable and taking responsibility for their actions. They do this by making light of abuse or dismissing it entirely by denying that it’s happening. Some key phrases might be:

They reinforce the minimizing and denying through using family and friends (some even well-meaning!). If you manage the boldness to try and tell them what is going on, they will parrot what a great guy he is and could never do anything that you are suggesting, even though none of them know the truth of what is happening behind closed doors.

Abusers will also blame-shift by putting the responsibility for their behavior onto the victim. They will deflect the behavior in question by saying the victim caused it or is the one who is guilty of the behavior.

6. They Use Time As a Weapon

They don’t honor your time. They will show up unannounced to spend time with you. They constantly text and call you all day long in order to monopolize your time. They guilt you into reciprocating and act hurt if you express the need for space or time for other things, even your children or normal life demands.

7. They Use Positive Reinforcement to Confuse You

The same person who caused you so much chaos and stress is now heaping on the praise and flattering you. This makes the victim feel uneasy. They think, “Well maybe they aren’t so bad.” Yes, they are. This is nothing more than manipulation and a calculated attempt to keep you off balance, questioning your belief about their treatment of you.

Also, if you look at what they praised you for, more times than not it will be something that benefited them in some way.

8. They Use Chaos and Confusion to Keep You Stuck

Abusers know that people like having a sense of stability and they try to erode that whenever possible. Whether is announcing the are redoing the kitchen right before the birth of a baby or purchasing a high ticket item that puts you in financial jeopardy, anything is fair game if it brings chaos or makes you question what is real and true.

They may even use God as a way to keep you confused. Besides twisting scripture to support the narrative they want you to believe, they may even proclaim to have had a “supernatural encounter with God” that miraculously made their sexual addiction disappear or somehow, instantly made them a changed man. (While God can touch anyone’s heart, it is always followed by a consistent change that produces good fruit. It also doesn’t negate the need for counseling, renewing the mind, and thought patterns that originally gave place for the addiction or behaviors in the first place.)

An abusers goal is to destroy any sense of stability and keep you constantly questioning everything. If you are confused by what is happening, then you cannot find answers to solve what is happening. It keeps you stuck in emotional and mental mind games.

9. They Use What You Love Most Against You

If you have kids, they will try to undermine your relationship with your kids. Most times they won’t outright talk bad about you to your children but instead, they will plant subtle seeds of doubt about you in order to confuse your children so as to keep control over them. They may even paint themselves as the victim and you as the abuser.

If your career is important to you, they may sabotage important meetings or have emergencies that just so happen to conflict with your schedule or hinder your ability to perform your job well. They may pick a fight the night before an important meeting so you don’t get enough sleep.

They purposely attack what you love most, in undermining and passive-aggressive ways, in order to inflict the most damage.

10. They Use Projection to Deflect and Distract

They use drugs or cheat on you, yet they are constantly accusing you of those very things. If you bring up a concern, they will turn it back on you some how or accuse you of something outlandish to take the focus of themselves. They set you up to waste time and energy defending yourself so as to be distracted from their own behavior, which is normally the very thing they accuse you of.

11. They Align People Against You

Abusers are master manipulators and know the people who will stand by them no matter what. These are the people they use against you. When an abuser uses this tactic, it’s to make you feel like you don’t know who to trust or turn to.

They will also seek out common friends and express their love for you and their remorse about the state of your relationship. They may even admit to some small indiscretion to appear like they are genuine and honest. They will ask this common friend to contact you. This, essentially, is using a person with good intentions, to emotionally harm you. After all, the abuser is just “concerned for you.”

When this probably well-meaning friend reaches out to you with concern, the abuser has now successfully used the proverbial fist of another person to inflict pain on your soul. This isolates you even more, as you don’t know who to trust; and that is exactly what the abuser wants. Isolation gives them more control.

12. They Tell Others You Are Crazy

They know if they question your sanity or feign concern for your health and well-being among friends, people will not believe you when you tell them what is really going on. They will tell others that you are crazy, unstable or they are concerned for you.

Are You Being Emotionally or Psychologically Abused?

Not all abuse relates to physical violence, though all abuse is rooted in control. This hidden form of abuse does massive damage to a person’s heart and soul. This is why Esther Company’s mission is to be a voice of clarity, healing, hope, and life for women in abusive relationships.

If you recognize some of these dynamics in your relationship, I encourage you to check out our resource section for further support.