Visitation and Mandate: “Set My Bride On Fire!” 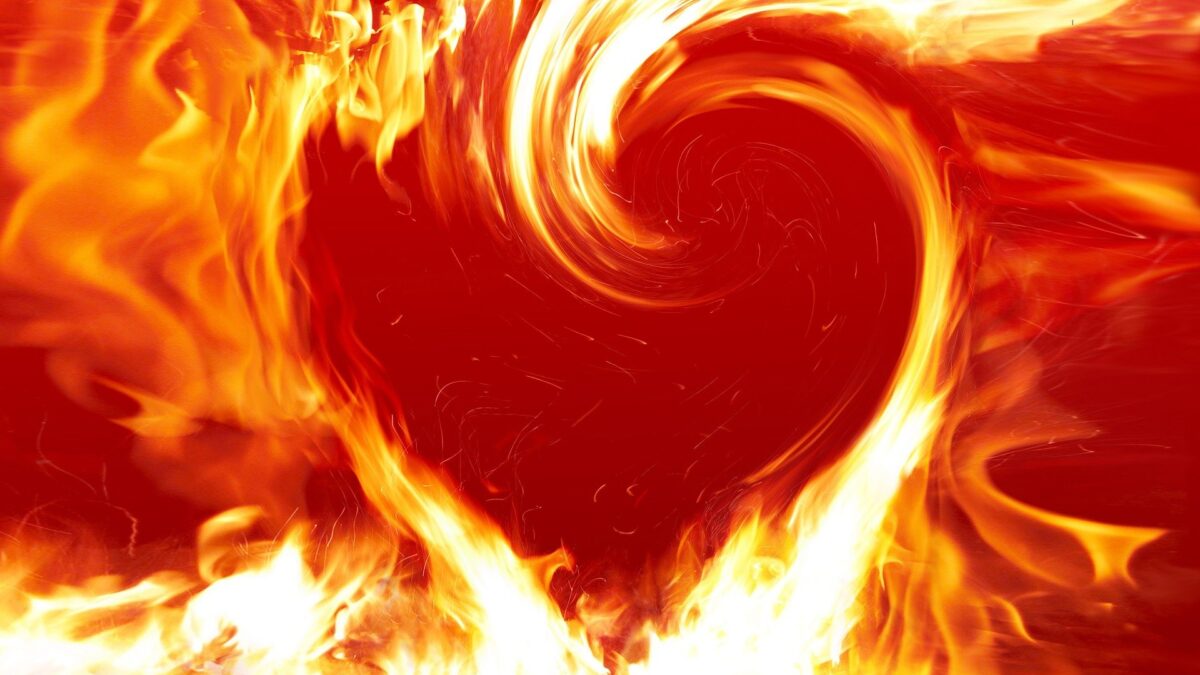 Though I had an intimate relationship with God from a very young age, it wasn’t until I had a life altering visitation from Jesus a few years ago that my life began to simultaneously accelerate and explosively unravel. From all outside appearances, this earth shattering unraveling seemed completely opposite from the mandate God had given to me that year! Though I didn’t understand it at the time, it was this very shattering season that God would use as a catalyst, igniting His mandate over my life.

If you feel shattered or broken and your life is screaming the opposite of the promises God has given you, be encouraged! It’s often the seasons of great trial and brokenness that God reveals Himself the most! It’s also often the seasons that we face the most resistance and testing! If this resonates with you please know, this very well could be your God-ordained catalyst igniting the mandate for your life.

A few years ago I had a powerful visitation. I woke in the middle of the night and sat up in bed to look at the time. When I looked at my clock, it said 3 am. Instantly, everything around me transformed. All of a sudden, I found myself standing in the middle of a vibrant, green, grassy field. The sun was shining so brightly that it was almost blinding.

Jesus was standing right in front of me but I was so surprised by His extreme closeness that, I almost had the wind knocked out of me! He was so close that I could feel His breathe on my face but could barely see anything except His eyes. His eyes were mesmerizingly captivating and firmly locked on mine with an awe-spiring intensity of passionate I had never felt before.

His eyes conveyed an incredible depth of purity and intoxicating love, yet possessed such a commanding sense of power that it was nearly overwhelming. I almost couldn’t handle the fierce magnitude of what His gaze conveyed but could barely bring myself to look away! His eyes were filled with flames of fire. They were like nothing I had ever seen!

When I finally managed to avert my eyes, I glanced down and was shocked to see that I was wearing a wedding dress. That shock quickly turned into alarm! I was horrified to see that my wedding dress was covered with so many muddy hand prints that you could barely see any white!

When I looked back up at Jesus, the flames in His eyes grew even bigger and more intense. All of a sudden, His voice boomed through my entire body as He thundered, “SET MY BRIDE ON FIRE!”  Instantly as He said this, the flames in His eyes erupted into a fierce blaze that not only engulfed His entire body but consumed mine as well, overtaking us both completely. Still standing as close together as possible, we were both now submerged in such a powerful inferno that I don’t even have words to fully describe. I was not burned or harmed by this fire but was fully consumed by it.

As I glanced back down, I was shocked to see all the muddy handy prints on my wedding dress began to loosen and turn to dust. The dust began whimsically falling away as it danced and drifted away until it became one with the ground. My wedding dress, once muddy and tainted with the handprints of man was now purified and glowing so brilliantly white. It was almost as blindingly white as the sun itself.

Suddenly, I was back in my room. When I looked at the clock it said 5 am. Bewildered and shocked, I couldn’t comprehend how it had possibly been two hours?! What just transpired was so intense and fast that it felt like it had happened in barely two minutes! I definitely was not dreaming and definitely had not been asleep. In fact, I was still sitting in the same position I was in upon waking at 3 am. Though now, I was violently shaking and crying under the power of God and felt His Glory so heavily.

God’s weighty presence was so astounding and so tangible that I was almost panicked not knowing what to do with the intensity of power I felt resting over and flowing through me. It was not a panic of human fear though. It was the sobering weight of God’s holiness and the awe-inducing fear of the Lord. It was as if my human frame could not handle the powerful visitation I just had with the very real and living God! I was very aware of the seriousness of what had just transpired. I knew that Jesus had just given me a mandate from Heaven. I knew my mandate was to set His Bride on fire!

Out of this powerful visitation I wrote the poem below. It trumpets the heart of Esther Company, which you can read more about here. I hope this poem encourages you!

The sound of truth clashing, prevailing over lies.
Fiery lovers of Jesus, wielding His word like a sword and transforming lives.

Unafraid of the fires of hell because the fire in them is greater.
Not orphans, not rejected but chosen by their maker.

They’ve learned that suffering is a gift, if used for His glory.
They’ve submitted their pain to process and healing to the hands of the One who chronicles their story.

That’s how you will know truth from lie, real from false.
You can copy what they say and do, but you can never reproduce that for which they have paid a steep cost.

Accepted or rejected, celebrated or cast out, their eyes are locked onto God’s without any doubt.

They know full well they are not orphans, not forgotten or deserted.
His plan for them so great that no one can divert it.

More famous in heaven then here on earth.
You’d be surprised if you could see the full amount of their worth.

Shackles and chains, broken and burned, their heart beats only for the sound of His word.
They live for the joy of this one thing, their marriage to Jesus and giving Him everything.

They are not satisfied to just break free and be made new.
They birth justice, release God’s Glory and carry His dew.

Accolades and platforms mean nothing to them.
They just want to be known deep in the heart of the King.

His bride won’t be prostituted or stained by mud.
Her wedding dress cleansed and purified by the fire of His love.

All the schemes of the devil come to naught.
Watch and see as all the muddy hand prints of man are burned off.

Do you see the fire in His eyes and intense, loving gaze?
He brings truth and purifying freedom in the deepest of ways.

This world is worth nothing if not for Him.
What are you waiting for? You’ve been invited in…