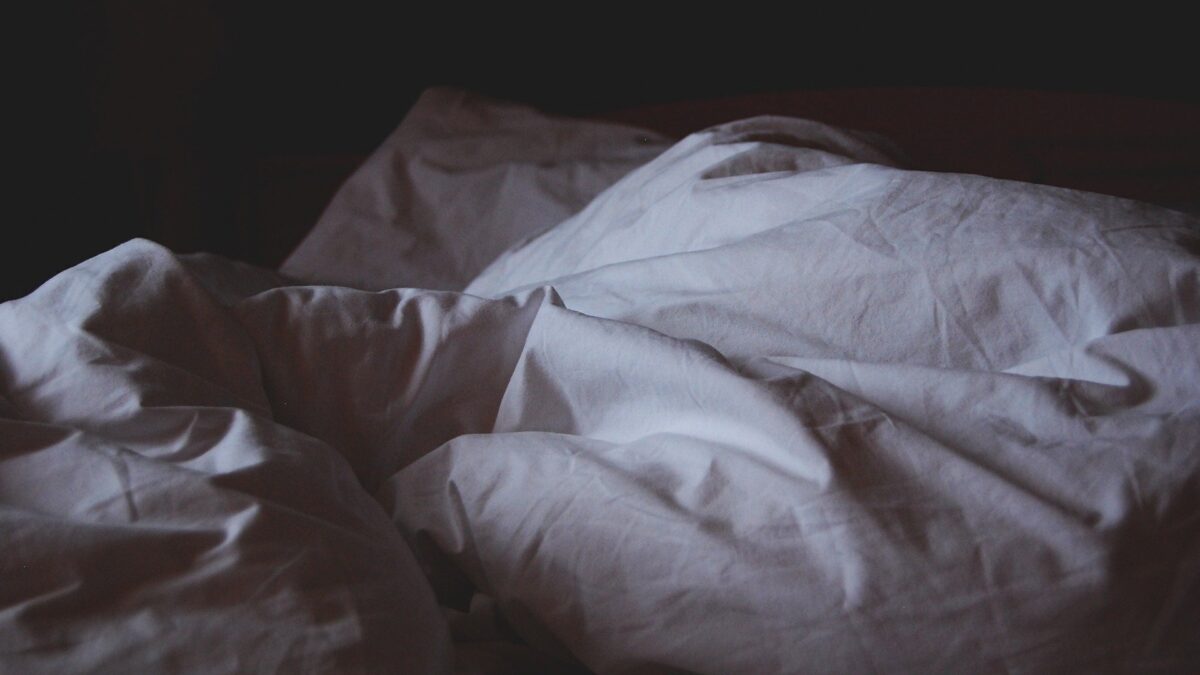 Sex is a topic that many of us are uncomfortable talking about. It is viewed by some as taboo, confusing, and shameful. And for others, it can be a very painful subject. Unfortunately, this carries through into the Church, where we don’t spend nearly enough time talking about sex.

God designed sexual intimacy to be enjoyed between a husband and wife in the context of marriage. He created sex and is not ashamed of it. It is meant to be mutually fulfilling, and a special bond that is shared with your spouse. But when this gift is perverted and misused, it can cause terrible damage.

This article is a very brief attempt to begin to expose ungodly and destructive perspectives on sex and some of the ways that it is used to degrade, control, damage, and abuse God’s beautiful daughters. There is so much more that can be said, but hopefully this is the start to a new thought process and an awareness that God’s design for sex is much different than what we have experienced, seen, or been told.

Sexual abuse, sexual coercion, and rape are all things that can be present in the context of marriage, but this is often overlooked, justified, or explained away.

One of the most devastating parts of these perspectives is that they are often perpetuated in the church. They are justified using Scripture and they are even sometimes empowered by leadership.

Below are a few lies that are commonly found in Christian abusive marriages. Each is briefly debunked.

Lie: Your body is not your own, it is your husband’s

Truth: While Scripture talks about a coming together in marriage, this concept is easily misused and misapplied. The above lie is supported by a misapplication of 1 Cor 7:4 that says, “For the wife does not have authority over her own body, but the husband does.” Often this verse gets lifted out of the text as a stand-alone justification for the husband to demand sex whenever and however he wants it. He reminds the wife, that she does not have authority over her own body, but he does, so if she were to refuse him, she would be sinning. This is a horrific misuse of scripture.

The text actually continues by saying “likewise the husband does not have authority over his own body, but the wife does.” This passage in 1 Corinthians speaks of a mutual yielding to each other. And it is important to remember, that just before that in 1 Cor 6:19 we are told that “Or do you not know that your body is a temple of the Holy Spirit within you, whom you have from God? You are not your own.” So, our bodies are actually the Lord’s first and should be treated as such, by ourselves and by others. To demand sex or sexual acts from someone else’s body is a direct affront to the heart behind this scripture.

Lie: You are never to withhold sex from your spouse

Truth: Sex is certainly meant to be an ongoing part of a healthy and godly marriage. But when abuse exists in a relationship, it means that the covenant of marriage has been broken. Often it is broken through infidelity (physical affairs and/or pornography), emotional or physical abandonment, or a breaking of the marriage vows.

A mutual giving to each other in the sexual part of a relationship is a “benefit” of a healthy marriage where each spouse is serving and caring for each other. Refusing to give yourself in this manner when the covenant is being violated, when there is not safety to do so, and when sexual interaction is simply about the satisfaction of one party, is appropriate. It creates a boundary that enforces the expectation that the wife be treated with the dignity and respect that is due her as someone made in the image of God. She is not a sexual object to be used at will. She is a daughter of the King to be cared for and loved.

Lie: Biblical submission means that you do whatever your husband wants

Truth: While there certainly are passages in Scripture that talk about wives submitting to their husbands, it is critical to understand what this does and does not mean. First, submission is given, not taken. So, if a husband is demanding that his wife submit to him, he is out of order. Submission must be given by the wife, by her choice. Also, it is important to note that the accompanying command for husbands, is that they lay down their life for their wife, like Christ did for the Church.  If the husband is concerned with Scripture, he should be busy working to fulfill the command that applies to him, not the one that applies to his wife.

Secondly, submission is not the same as obedience. Often, husbands who demand submission from their wives, treat them as though they are the parent that must be obeyed. This strips the wife of her personhood, her independence, and her own free will.

Lastly, the Bible also talks about mutual submission. In one of the most commonly quoted verses on wives submitting to their husbands, Ephesians 5:22-23, we need only to look back one verse to find a mention of “submitting to one another out of reverence for Christ.”

So, submission is a yielding to another, out of respect for them. It should not be one-sided and it cannot be demanded. A wife is not responsible to obey her husband’s every whim or demand. A wife can choose to yield to her husband as head of the home in a way that is honoring to him without violating her personhood or her own convictions.

Lie: It is a wife’s job to keep her husband sexually pure and faithful

Truth: In our culture, we have allowed for and perpetuated this idea that “boys will be boys.” This idea that men are consumed with sex, it’s all they think about, they must have it, and it’s ok for them to do what they need to do. It therefore becomes the role of the wife to keep them pure, by keeping them fulfilled sexually so that they don’t “need” to look elsewhere. Hence, the wife is blamed that her husband is unfaithful or has a pornography addiction, because she must not be giving him enough sex or good enough sex.

This mentality is garbage and is actually an insult to men to think that they have so little control of their own bodies and minds. This lie enables men in their sin while putting a crushing burden on the wife. The truth is that each person is personally responsible to be pure and holy before the Lord. We have the Holy Spirit given to help us, that we may overcome temptation and grow in righteousness. It is no one else’s responsibility to keep us from sin.

Why have these lies and faulty perspectives been allowed to have such a prominent place in the Church?  Here are a few suggestions:

Our silence on this topic in the church has done incredible damage. We have not been faithful to teach about God’s design for sex, so that anything other than that can be easily identified and intentionally avoided. Our cowardice has kept us from fighting for the daughters who are being mistreated and abused behind closed doors. If you are one of these daughters, please know that shame is not your portion. The Lord knows what you have experienced, and He hates it. He is fighting to bring light into these dark places that you may be healed, restored, and set free.