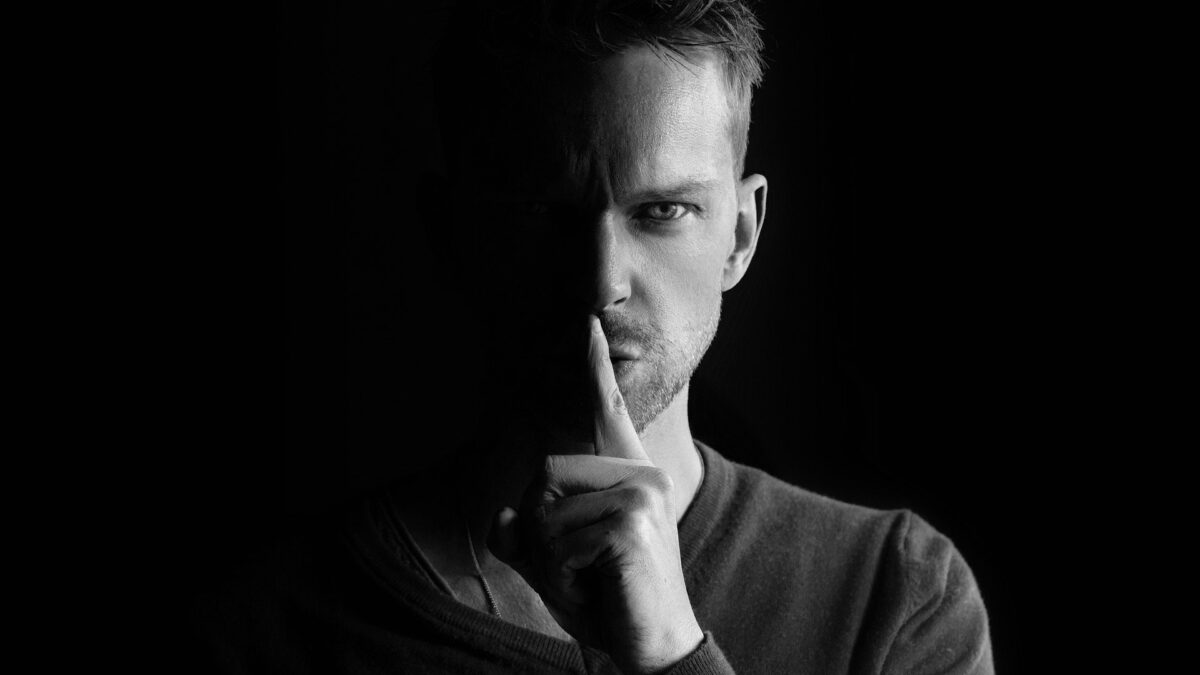 A characteristic of many abusers is the use of destructive speech. False accusations, word curses, belittling comments, and cruel criticisms are part of the verbal onslaught that many victims of abuse endure. In addition to these types of damaging words, abusers are also usually highly prone to lying. In fact, they are often so skilled at lying that it has become second nature to them. They lie readily and without remorse, showing no fear of God and a conscience that has been seared: “…speaking lies in hypocrisy, having their own conscience seared with a hot iron” (1 Timothy 4:2).

Many in our culture have become desensitized to lying, as if it is no big deal. But make no mistake: lying is a big deal to God. Lying is actually the very nature of Satan, as he is a deceiver and called “the father of lies” (see John 8:44). There is something very wrong if a person consistently tells lies and uses deceptive speech and tactics.

So it is with chronic abusers. They are also usually chronic liars. Some characteristics of this dynamic are given below.

First of all, abusers live a lie. They have a public persona and they have a private reality–and the two are worlds apart. We all know that nobody is perfect. We certainly all make mistakes and sin at times. But that is very different from living a double-life of deception, cover-up, and abuse. Abusers use hypocrisy in order to keep people fooled as to who they truly are. This double-life of deception perpetuates a cycle of abuse, keeps victims in a confused condition, and keeps others unaware of what is truly happening.

From living a life of duplicity and hypocrisy, speaking lies becomes second nature. Below is an excerpt from Hypocrisy Exposed that explains this reality:

Chronic hypocrites rely on deceptive speech in order to maintain their righteous image before others. Sometimes it comes in the form of flat-out lying. Other times it is speaking half-truths, manipulating the facts, twisting the truth, or denying reality. It could be garnering sympathy through self-pity and playing the victim. It could be manipulation to make another person feel guilty or pressured to comply with them. As we saw in the previous chapter, it could be feigned repentance or false apologies.

Remember that hypocrites are skilled actors; they can play the part in a very convincing way. They can tell blatant lies in a way that seems so sincere and truthful. They have mastered the art of deception. They know how much truth to include and how much to withhold. They know how to lie in a way that takes advantage of others. Some pathological liars can pass a lie detector test because lying has become second nature and their conscience has been seared.

We often tend to take people’s word for granted and believe the best. This is because we project our healthy conscience and love for the truth onto others and assume that a professing Christian will want to walk in the light. Only when things begin not to add up over time do we start to question things and seek to verify what is being said. While the answer to this is not to become suspicious of everyone, it is important to be aware that some people—even professing believers—are skilled liars and deceivers. We need increased discernment and an ability to recognize signs of deception.

How can you build a relationship with someone who consistently lies and walks in deception? Quite frankly, you can’t. Trust is foundational to any relationship, especially a marriage. If trust is repeatedly broken and lying is a norm, there is no way to have a true, deep relationship.

A pattern of lying and deception can play out in an abusive marriage in many ways. Below is a brief assortment of examples, although many others could be given.

For an abuser, lying has actually become a way of life. As stated earlier, this makes it impossible to build a genuine or deep relationship. When a person has been consistently found to be a liar, it becomes difficult to believe anything they say, even times when they are speaking the truth. There is no foundation for a healthy, loving, or godly marriage when this is the case.

If you find yourself in the confusing swirl of an abusive relationship, please know that you are not alone. There is clarity, healing, and hope for you. Make a commitment to live in the truth and not allow lies or deception to dictate your reality or your future. You can forgive your abusive spouse, but that does not mean that you must automatically trust him or that there are no consequences for his destructive ways. Allow God to work in your heart to bring clarity and healing, and to give you the wisdom you need to walk through this journey!

Check out Hypocrisy Exposed by clicking below: