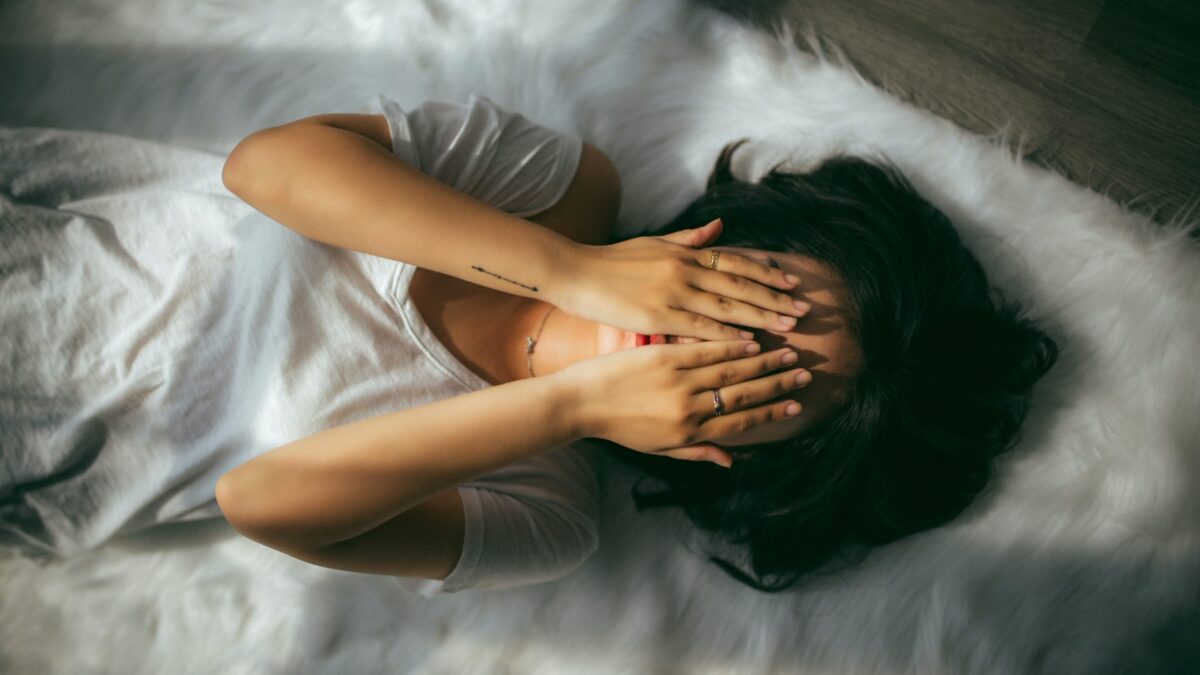 Sexual coercion, sexual abuse, and marital rape are all words that seem like they should be an oxymoron when talking about covenant relationship. God created sex as a good thing that is meant to be a vital part of a healthy marriage. When this gets distorted, great damage ensues.

Sexual abuse in marriage can take on various forms. Though the circumstances and type of sexual abuse may be different depending on the nature of the abusive spouse, this is a devastating reality for many women in “Christian” marriages.

Understanding and Identifying Four Types of Sexual Abuse in Marriage:

Pornography and sexual addiction often go hand-in-hand with marital abuse but what is often not talked about is what is on the other side of the spectrum…non-mutual celibacy.

Non-mutual celibacy is a phenomenon that is becoming increasingly common, where men reject their wives by withholding sex as a form of abusive control. There is often no discussion–just repeated refusal, excuses, and often the husband will not even talk about why they are sexually rejecting their wives. This not a lack of desire problem. This is an abuse problem.

I’m not referring to simply a one-time occurrence or just an off period of time, but a prolonged denial that keeps the wife feeling rejected and confused. I’ve heard from women who have had their husbands reject them on their wedding night. These same men were the ones pushing sexual boundaries and lacked self-control during their dating and engagement period. As soon as they exchanged vows, everything changed. I’ve heard from others who have had their husband reject them for a year or even longer.

Most times, too embarrassed and ashamed, these women find it difficult to reach out for help or to confide in anyone about what they are going through. Often, due to a false sense of loyalty to protect their husbands’ image, her own shame, or his outright refusal to get counsel, these women are often left to suffer in silence.

To clarify, this is not the same as when a husband has repeatedly broken his marital vows with pornography use or other types of infidelity, and the wife needed to set a protective boundary for herself until trust is restored. Non-mutual celibacy is just that—celibacy that is rooted in control, not mutually agreed upon, and is often without a known reason or healthy justification. Most times there is little or no communication about this and the wife is left in state of hurt and confusion.

The Confusion and Damage of Non-Mutual Celibacy

Covert narcissistic men are masters of manipulation and subtle control. When they attack an area of life so private and intimate, they do it knowing their abuse is likely safe from exposure.

Being denied physical intimacy causes harm, rejection, shame, isolation, anger, and a sense of overwhelming betrayal. Abusive husbands know that the first person their wives will often question or blame is herself. With her self-esteem devastated and her mind and emotions trapped in a fog of confusion she may question her worth and be left wondering…if her husband is not having sex with her, then who or what is he having sex with?

Beyond just rejecting his wife sexually there is a lack of intimacy on any level. She is essentially abandoned physically, mentally, emotionally, and spiritually within her marriage all while her husband is living in the same house.

What exactly is sexual coercion and abuse and how it can present itself within the confines of marriage?

Coercion: the practice of persuading someone to do something by using force, threats, or subtle manipulation.

Sexual Abuse: the infliction of sexual contact upon a person by forcible compulsion or coercion.

Covert abusers most often use a grooming process to coerce their wives by portraying a false sense of shame, rejection, or by feigning a fragility of ego. They often do this in order to put pressure on their wives, to in essence “make up” for the feelings of rejection they falsely display. This is shared with his wife under the guise of vulnerability to coerce and manipulate her into carrying a burden that was never hers to carry.

Due to the veiled nature of covert abuse, it is very difficult to spot because not only is it hidden from everyone around the victim but it is often hidden from the victim herself! In the fog of abuse, that is often swirling in other areas of their marriage, the wife usually doesn’t even realize what is happening. It usually isn’t until the cycle of abuse is well underway that the wife comes to the horrific reality–she is actually being manipulated and the person she fell in love with does not even exist.

I have heard often from women whose abusive spouses would manipulate them with the following comments:

“Sex is how you get me to do things around the house.”

“Sex is the only way I connect emotionally.”

“Sex is how you keep me in a good mood.”

“A good wife would have sex anytime her husband wants.”

“Our relationship is a priority over the children so you shouldn’t invest so much in them during the day that you are too tired to have sex every night.”

“We are married so the bible says that your body is not your own.”

Victims of abuse also may feel forced into having sex:

This is incredibly devaluing and that is exactly the point—to devalue, abuse, and control his wife. This is no different then treating her as if she is a prostitute, exchanging a service for the payment of protection.

While not all men who have an addiction to pornography are abusive, usually men who abuse have a problem with pornography and sexual addiction. This is a fantasy trap that is never satisfied and the cravings only become more powerful and darker over time.

I have often heard from wives who found out, that not only had their husbands placed unrealistic sexual demands on them but they had also acted out sexually in dark and disturbing ways.

Abuse usually escalates over time. It’s common for abusive men to pressure their wives into doing things that they are uncomfortable with, things that make them feel degraded, and that are a violation of their conscience. It’s also common for them to take explicit videos and pictures of their wives, without her consent, and then use those as a tool to manipulate her into submission to his dark demands.

They will often demand dark and violent things like:

Marital rape is forcing, taking, demanding and/or physically assaulting a spouse sexually. I have heard from women that after being raped, their husbands will then gaslight them, saying that it never happened! Talk about an infuriating mind trip. Even worse yet, the husband will say that is what the wife wanted!

Can you image being raped by a person you thought you loved—a person that you were tricked into committing your life too? It’s unfathomable but for some women in “Christian marriages” this is a horrible reality.

Let’s be clear; rape is not merely an issue with lust. Rape is a disgustingly, violating and deeply damaging form of control that is rooted in hatred, selfishness, and pride. Not only do abusive men have a deep hatred towards their wives (and women in general) but the paradox of narcissism is that there is often a deep and hidden self-hatred that is masked by an excessive admiration and self-centeredness. Narcissism is the epitome of toxic and unhealthy self-love. Narcissistic men can’t love their wives, since they can’t truly love themselves in a healthy and godly way.

“In the same way husbands should love their wives as their own bodies. He who loves his wife loves himself.” – Ephesians 5:28 ESV

At times, women in these toxic marriages may compare their marriage to another bad marriage and think that what they have experienced is “not as bad.” They may also subconsciously minimize what is or has happened, as a way to cope with the reality. These are trauma responses.

A few common trauma responses are:

Ladies, please do not read this blog and discount your very real and painful experiences. Just because you can find someone who has gone through an experience that you perceive as worse than yours, doesn’t minimize what happened to YOU. Your trauma and abuse is just as valid and no less painful. Abuse in any form is terribly damaging, but sexual coercion, sexual abuse, or marital rape are all devastating beyond comprehension. Thankfully there are ways to find healing!

There Is Freedom and Healing

If you have suffered from this type of abuse, I am so sorry. I feel the Fathers’ heart of righteous indignation over what you have gone through and what has been stolen from you. God did not create you to be abused or to stay in a marriage like this. You were never meant to carry the pain of this magnitude.

I am praying that God leads you on a healing journey that is specifically tailored to you. Healing from narcissistic abuse will be a process but it is so worth the journey. There is hope and healing available for you! I’m declaring over you that  beauty will come from these ashes. Your heart will live again!